About 22 km west of Timmins, (where over 70 million oz. of gold has been produced) along the Porcupine-Destor Fault, and 6km from the Timmins West Mine of Tahoe Resources (now acquired by PanAmerican Silver) is Carscallen Township.

Below is an area map of the Denton Resources claims in Carscallen Twp. Also shown are the Melkior claims, where within the last decade, over 36,000 m of drilling was completed.

In contrast to this 'endless drilling' approach, the Stargate system will test an anomaly with only 2 holes. If the predicted structures are not encountered, then the anomaly is deemed not worthy of additional work. If drilling encounters the predicted mineralization, then additional drilling will be performed to outline a resource.

Below are the 2 Stargate anomalies on the Denton Property. The SG data is very specific and the cross-section provides the predicted depths of the mineralized zones. The SG system algorithms also provide  the optimal drilling angles and vectors to intercept the mineralization. 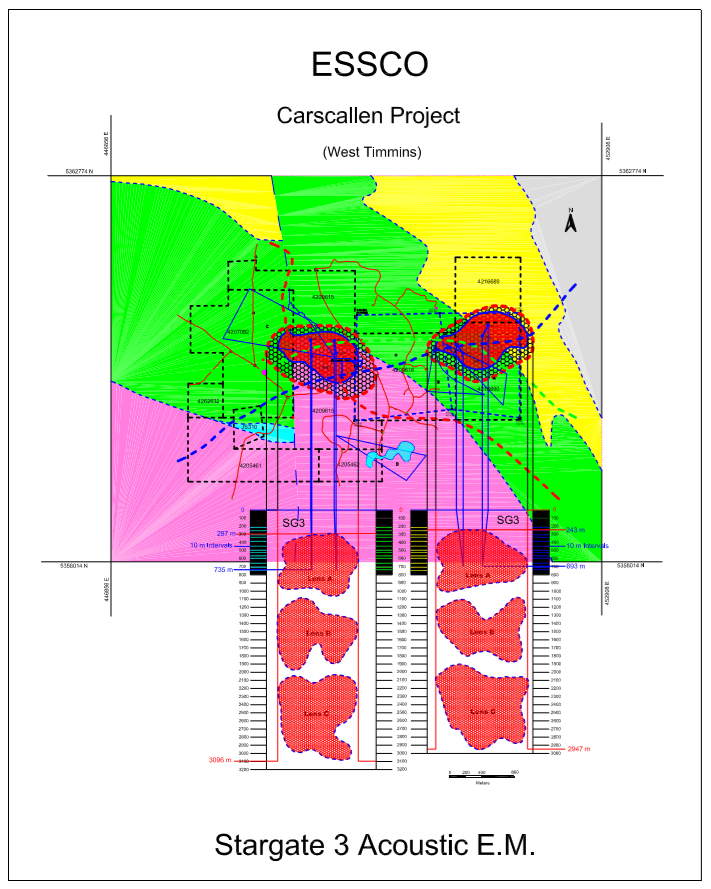 Below is a general Geology map of Carscallen Twp. 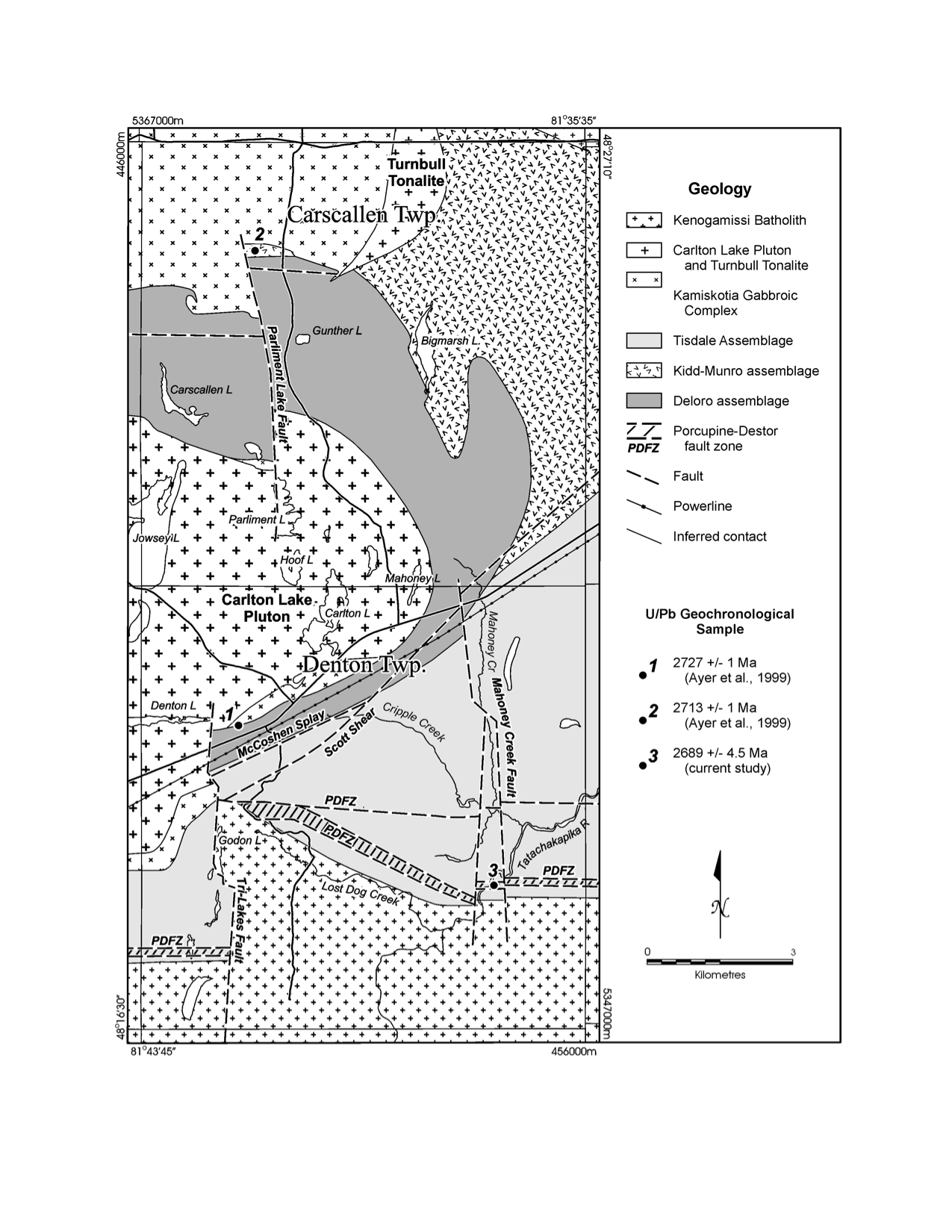 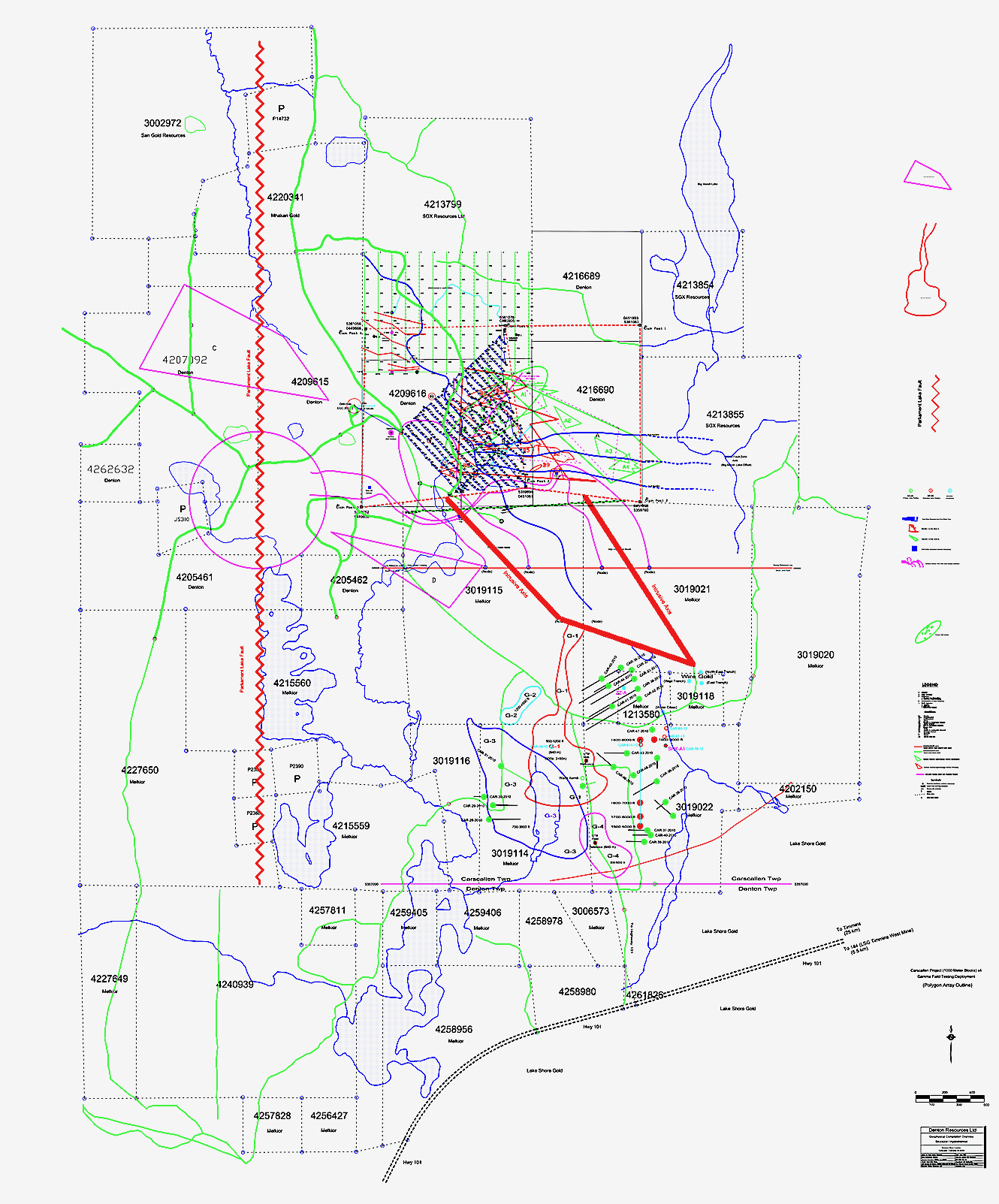